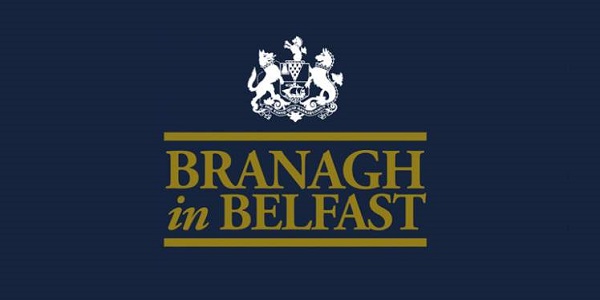 Belfast City Council in partnership with Film Hub NI have devised a one-day mini film festival as part of celebrations to mark Sir Kenneth Branagh being made a Freeman of the City on Tuesday 30 January. Taking place right across the city, free screenings of some of Sir Kenneth’s impressive back catalogue of work will offer a great opportunity for the public to join in and celebrate one of the city’s most favourite sons.

Along with the pop up festival, Into Film and Cinemagic are coordinating a series of screenings in selected schools right across the city so children and young people can have an opportunity to enjoy some of Sir Kenneth’s work.

My Week With Marilyn (15)
Lyric Theatre (Naughton Studio), 55 Ridgeway St, Belfast BT9 5FB
2.30pm
Dir: Simon Curtis, 2011
Based on the diaries of Colin Clark (played here by Eddie Redmayne), My Week with Marilyn depicts Clark’s brief love affair with the world’s most famous woman, Marilyn Monroe (Michelle Wiliams). The film focuses on a week during the shooting of the 1957 film The Prince and the Showgirl; Branagh plays the director and star Laurence Olivier.

Rabbit-Proof Fence (PG)
An Culturlann, 216 Falls Rd, Belfast BT12 6AH
7pm
Dir: Phillip Noyce
Molly, Daisy, and Gracie (Everlyn Sampi, Tianna Sansbury and Laura Monaghan) are aboriginal children from Western Australia. Branagh plays the government-appointed ‘Protector of Western Australian Aborigines’, A.O. Neville. Neville, or ‘Mr Devil’ as the girls refer to him, orders the children to be taken from their families and placed in an institution. Here, they are to be re-educated as members of white Australia. The girls escape and begin an arduous journey home, following the rabbit-proof fence. From a screenplay by Christine Olsen, based on the novel ‘Follow the Rabbit-Proof Fence’ by Doris Pilkington Garimara. Tickets >>

Cinderella (U)
Belfast Castle, Antrim Rd, Belfast BT15 5GR
7pm
Dir: Kenneth Branagh, 2015
Branagh directs this live-action version inspired by the fairytale and the 1950 Walt Disney animation, with a screenplay by Chris Weitz. Ella (Lily James) is a sweet and innocent girl mourning her mother’s death. When Ella’s father (Ben Chaplin) dies, too, she finds herself at the mercy of a cruel stepmother (Cate Blanchett). Fortunately, an eccentric fairy godmother (Helena Bonham Carter) is on hand. Tickets >>

Dead Again (15)
Carnegie/NI Foundation, 46 Oldpark Rd, Belfast BT14 6FR
7.30pm
Kenneth Branagh, 1991
A private detective (Branagh) is hired to help a mysterious amnesiac (Emma Thompson) who has lost her own identity, but is plagued by nightmares that seem to belong to a woman murdered years before. Branagh directs and stars in this stylish romantic thriller. Tickets >>